Grimgar of Fantasy and Ash Anime Review
Written by: ClayDragon 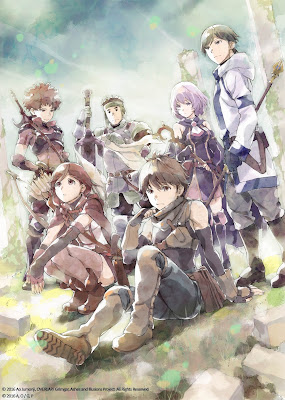 WARNING: Due to the nature of this series, it would be pretty much impossible to talk about the main themes and story beats without spoiling anything. Therefore, THERE WILL BE A COUPLE OF SPOILERS. I don’t like spoiling things in reviews, so I’ll try to keep such things to a minimum, but I make no promises.

Good Things:       Effectively deconstructs the expectations of its genre.
Believable and realistic portrayal of grief and mourning.

Well-developed dynamics between most cast members.

Bad Things:           A couple of cast members don’t get enough focus or development.

Slow pacing can be a turn-off for some people.

Animation quality dips towards the end of the series.

Final Verdict:
Do you have a suggestion for an anime I should review? Let me know in the comments, or submit it to ask.fm/ClayDragon!