Who I Want in Jump Force

While Super Smash Bros Ultimate definitely stole the show when it came to fighting games this E3, there was another crossover battle extravaganza announced and that was Jump Force! A game featuring several different Shonen Jump characters duelling it out in a 3D environment, with locations such as New York to give the game an extra taste of pizzaz! So I decided to write out which characters I'd love to see make an appearance as a playable character in the upcoming game!

Note: There is a maximum of three per franchise, to keep the roster from going too big.

Characters that are already confirmed are Goku, Frieza, Luffy, Zoro, Naruto and Sasuke. (Light and Ryuk are in the trailer but probably not playable. We'll see.)

After the end of Fairy Tail, I tried writing some My Hero Academia reviews but I lacked the heart and motivation to keep them going. Thankfully, Hiro Mashima isn't done writing and now we have his next big project, Eden Zero! However, does it manage to live up to the legacy he has created so far, with Fairy Tail and Rave Master? And more importantly, what about Plue?!

Why Deku is the Best Protagonist Right Now

I need a hero!

With My Hero Academia Season 3 currently airing, and doing a splendid job of adapting the source material if I do say so myself, now is the best time to talk about the anime protagonist Midoriya Izuku, also known as Deku, and why he is arguably the best hero that Shonen Jump has to offer in this day and age, now that we no longer have Naruto or Ichigo or Light.

This series isn't extinct yet!

After 2015's Jurassic World finally brought the franchise back in a meaningful and fun way that the previous sequels had failed to do so, it was inevitable we would get another one. And I applaud that, because Jurassic World's setting is too full of routes and ideas that not exploring them would be a criminal. So does the 2018 entry into one of the greatest movie franchises of all time actually revolutionise the series, or just keep it dragging on?

Note: This is a SPOILER-FREE review. 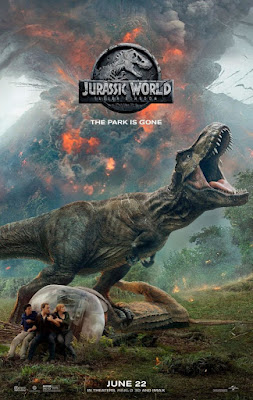