A Super Saiyan worthy of the legend?

I've never been a fan of Broly's character from the original trilogy of films, but I'm a minority. Fans of Dragon Ball Z adore Broly and remember his great design and brutality, and so he has become a staple of the franchise, despite never being officially canon. Thanks to Akira Toriyama however, Broly has returned with his first appearance in the true Dragon Ball continuity. Is the original creator enough to make even a cold-hearted monster like me actually gain an appreciation for the behemoth?

Note: This is a spoiler-free review about the movie, but there will be some regarding Dragon Ball Super's ending.

I'm really glad Super exists, because writing this list and keeping it full of relevant female characters would have been a lot more difficult for me. Not to say that there aren't plenty of women in the original, Z, movies, video games and even GT, but very few are worth remembering. Thankfully, there are now dozens to choose from and so, across every major Dragon Ball property, here are the Top 10 female characters of the Dragon Ball franchise!

For the Fairy Tail version, click here for what the fans voted back in 2016! 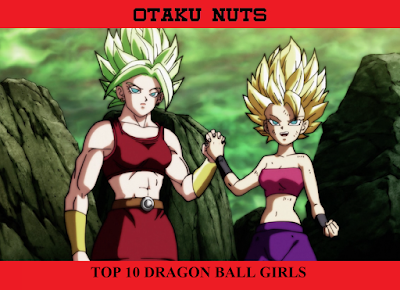 How Bumblebee Differs from the Transformers Hive

More than meets the eye?

So I finally saw Bumblebee, and I was pleasantly surprised at how much I enjoyed it. While it isn't the greatest film of the year or anything, and it is clearly influenced by Brad Bird's fantastic The Iron Giant, Bumblebee is charming, cute and has some decent action scenes. It's only when I got home and gave it some real thought did I actually realise how much there is to talk about with this film, at least in regards to the franchise it is technically connected to.

Note: This isn't a review, because I felt it was more interesting to discuss what the film does and what it could mean for Transformers, rather than focus on the film alone. There will be minor spoilers ahead.

I love it when I'm right.

Yes, to everyone's surprise I'm sure, I was actually proven correct in one of my theories about a new Fairy Tail character! Admittedly, it was an obvious theory that I'm sure 80% of you guessed, but I still wanted to point out that I'm in the majority! Why? Because victories should always be boasted about to the point of causing people to hate me and regret it. It's why I'd make such a great politician.

2018 was a bloody long year with so much crap for everyone, but at least the films were fantastic! Unlike the Best of 2018 - Anime article, this one will feature several different categories, a few of which you might find surprising. 3 movies to each category, and no movie can be repeated twice! With those arbitrary rules out of the way, let's start 2019 by remembering the best thing 2018 gave us; The cinema pictures! 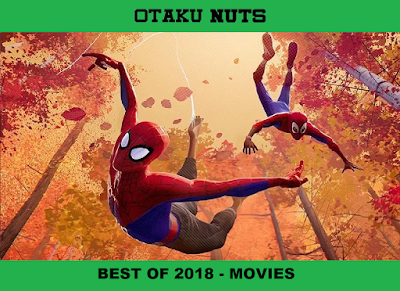