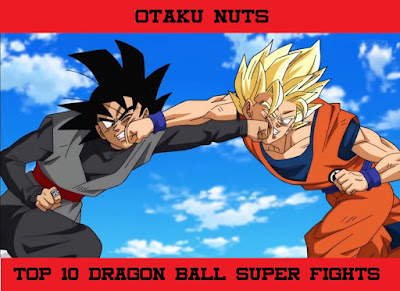 Now that Dragon Ball Super has finished airing (for the moment) and we’ve had some time to come down off of the massive high that it gave us, we figured that we’d take a look at some of the best fights this sequel series had to offer. To be eligible for this list, the battle had to have been first shown in Super, so fights that were first shown in the Battle of Gods and Resurrection F movies will not be included here.

As is this the case with many of these lists, SPOILER ALERT. You have been warned.

What is the One Piece? - Theories

900 chapters and we still don't know!

The fact that One Piece is still so supremely popular, despite not even revealing the secret behind its own title, is nothing short of a miracle. In fact, it just keeps adding story lines instead of concluding them! And so, it is time to celebrate the release of over 900 chapters of this series (seriously, that is impressive) by tossing my own straw hat in and giving some guesses as to what I think the mysterious treasure known only as "One Piece" could be!

Unleash the references of war!

When Wreck-It Ralph was first being announced, all the trailers made it look like it was going to be a festival of characters from other properties working off of each other. Many went to see the movie, expecting to see Ralph and Bowser hanging out together, but it was quickly revealed that the film wanted to focus on its own story and that the other characters were just icing on the cake. And that situation is what Ready Player One finds itself in.

A wee bit of news for you!

Thanks to the glorious circle of Hell that is Twitter, we've learned many things. From memes and memes to more memes and even more memes! But it turns out that useful facts can come from Twitter too, as shown by Hiro Mashima, Fairy Tail's creator, and his recent announcements!