It didn't end after one chapter!

This chapter ended in a way with huge potential, but we also know that the next chapter could be heavily disappointing if history repeats itself by bringing in an asspull, like it did with Silver and many other villains. We're all praying for this to go well, but for now we must wait and... oh hey, Mavis is being tortured!

Lady Eileen is using one of her many magic powers to drain Mavis of her own magic, and she's able to do this because Invel's chain is keeping her heart and power frozen. Zeref expresses discomfort, not liking that he has to watch Mavis suffer under Eileen's magic. Eileen then advises Zeref that he needs to stop being so nice if he wants a chance against Acnologia.

As Zeref heeds her advice and makes his leave, Neinhart arrives and tells Eileen that he's located Erza. Eileen tells Neinhart to have her killed, and he'll have to fight her himself since Neinhart's ability won't work on her. And Neinhart starts going... weird.

Erza and Gildarts are leading the charge as the army goes flying, again showing that Romeo's fear was utterly pointless, and the battles rage on until we suddenly see Natsu's flames get frozen. Everyone starts feeling the cold, and nothing Natsu does can stop himself, his flames and everyone else getting encased in ice.

Of course, this was done by Invel and the only one not frozen in that group is Gray, the ice mage. Gray is losing, and not only that but he's actually feeling the complete harshness of Invel's cold. Meanwhile, Mavis is  internally begging someone to defeat Invel so she can escape and survive.

In the next chapter, Invel vs Gray begins and it's clear right away that Invel is not a pushover. In fact, he can literally freeze Gray's ice attacks. As odd as that is, it's kinda awesome. Invel does not use Molding Magic like Gray, but he just uses the power of ice itself so his is more "pure". Seeing he's at a disadvantage, Gray activates the Demon Slayer powers.

Thanks to the powerup from the demon powers, Gray manages to hurt Invel, but Invel is aware of how much the magic eats away at the user's sanity and realises Gray's potential. After literally creating a blizzard, Invel offers Gray the chance to join Zeref's army. Obviously, Gray turns him down and this is when Natsu melts the ice that's frozen him and the others... because he's Natsu.

Lucy declares they'll win by ganging up on Invel, but suddenly a giant Brandish grabs her, Natsu and Happy to take them away for what is most likely personal reasons. This leaves Gray and Juvia, whom Invel decides to use. He uses Ice Lock on them, controlling their bodies and planning to make Gray kill her so he will turn to the darkness. Juvia thinks about how she'd rather kill herself than harm Gray.

No offence to Jason Statham or Wahl, but we need longer fights to feel the impact and this one is going to hurt! I was genuinely worried that Invel, this big geeky-looking fucker who has been built up as the second-in-command since we first saw him, would be just another quick sidenote in the war. Thankfully, we're getting at least 3 chapters of his assholeness.

Brandish is pissed, so this conversation with Lucy and co could go three ways. The first way is she's angry and wants revenge so she's going to a private place so she can get the revenge herself. The second way is that August, who is probably enraged, wants to talk to them so she's bringing them to him. And the third way is she's helping them because she's aware they aren't bad. Personally, I want it to be number 2.

Neinhart is... something. Could he perhaps be like the wonder twins and not be a real person? Is he just a creation of Eileen's power, used as a tool by her strength? Considering he's about to fight Erza again, could we be about to see some new magic from this boy? Will Jellal commit another "sin" by beating him casually again?

All these pictures are absolutely perfect. 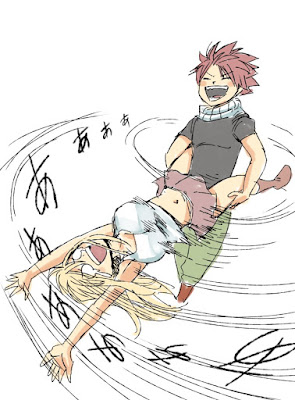 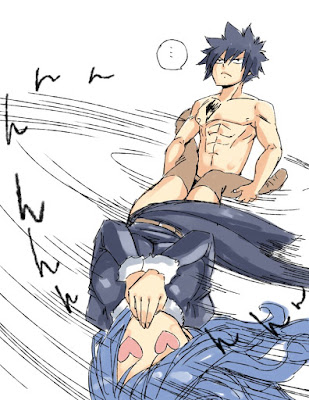 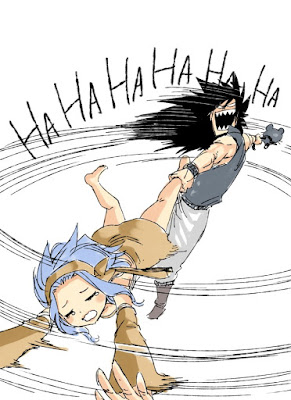 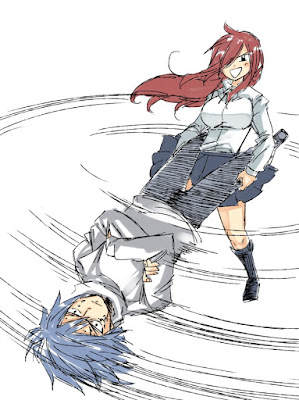