Favorite personality trait:
Ambition. He desired everlasting existence, which he finally acquired by turning himself into a puppet. But like Kankuro said during the War, he didn’t become immortal, his puppets did. All because he put his soul and heart into the while creating them.
Favorite relationship:
Chiyo. She took care of him after his parents died and taught him how to make puppets. She was the one how gave him a chance to be happy, because he made the Mother and Father puppet thanks to her. Too bad she was also the only one capable of killing him.

Favorite fight:
His fight with Chiyo and Sakura. I really loved this fight. The way both puppeteers used all their techniques to defeat the other, the way Chiyo used Sakura as a puppet. An amazing fight.
Favorite jutsu:
Red Secret Technique: Performance of a Hundred Puppets. This one showed how skilled Sasori was, so that’s an easy choice.
Favorite outfit:
I actually liked his outfit as a child. 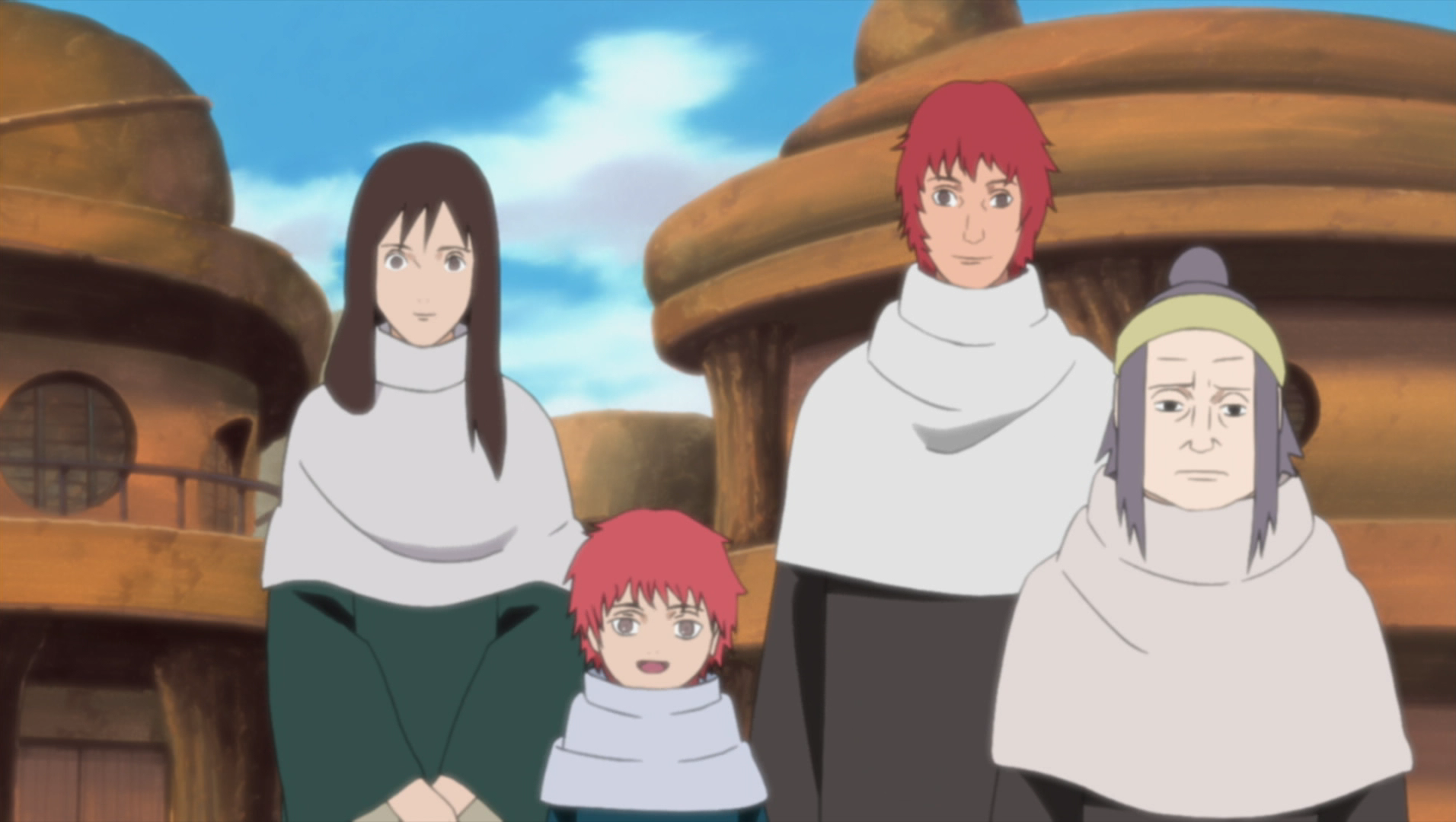 Favorite random thing:
The fact that he was able to kidnap the Third Kazekage. Kidnapping a Kage can’t be easy, so that’s quite an achievement.
-----
Personal thoughts:
I really liked Sasori’s skills. I like the puppeteers in general. And of course his story was interesting too. Too bad it had to end like that, but his creations are now safe with Kankuro so that’s a good thing. And I actually liked his relationship with Deidara, even though they argued a lot about their idea of art.
-----
Feel free to share your thoughts!